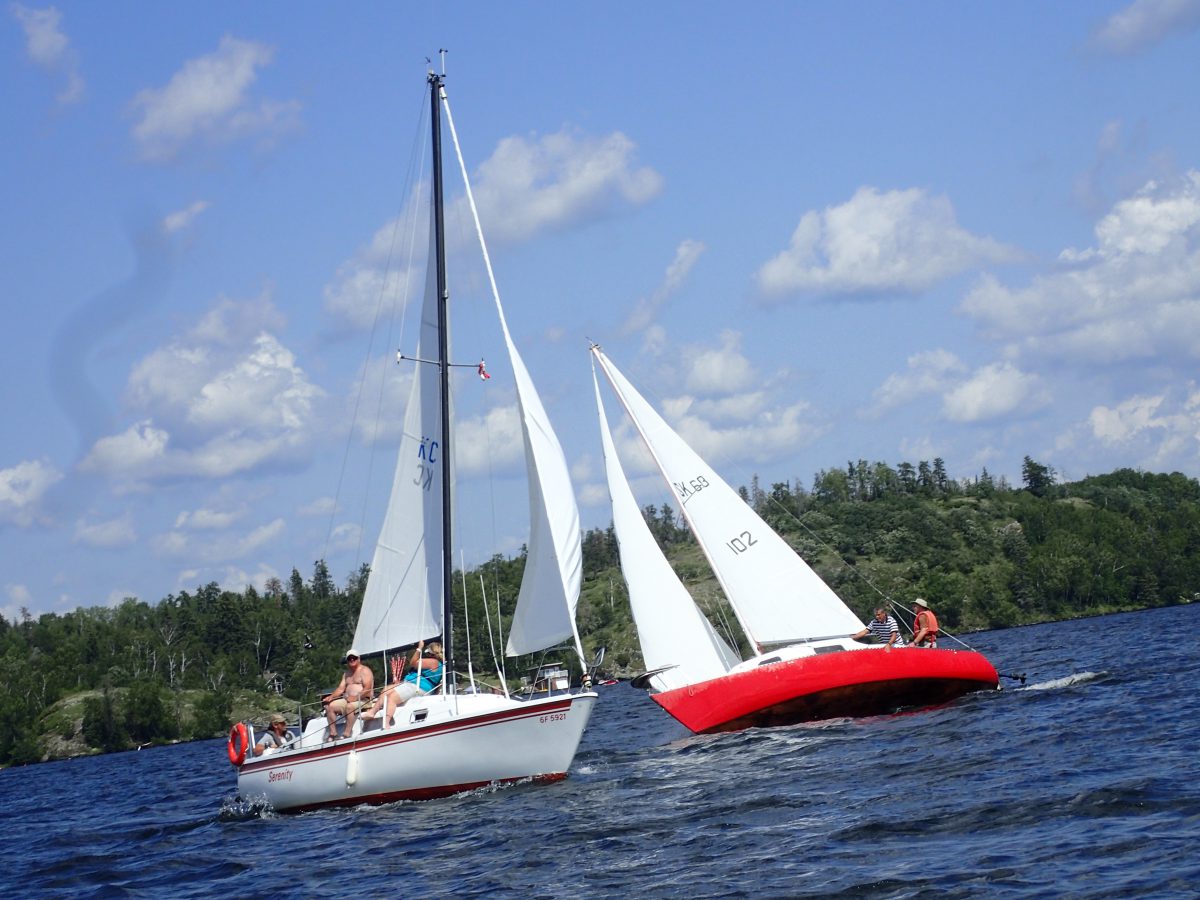 Nice breezes mostly from the West, 5 keelboats and one Wayfarer out. We set a triangle-sausage course, and ran three races. Since the Wayfarer finished in roughly half the time it took the keelboats (including the race committee), it was not scored for the races.

The results for the day were scored on the basis of the two best races for each skipper, so Dave Hudson was first with two points, followed by Marcello, with three.

The Races were followed by a lovely BBQ on the upper deck.